What Billy can represent you...? 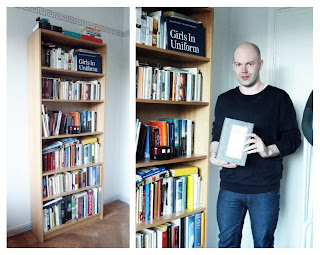 Lars Karlsson-Liljas/ 29years/ Swedish/ Co-teacher at Adult Education Centre (Mostly for Immigrant People) and Contemporary History Student of Södertörn University
Lars has a full-size Billy bookcase in Oak colour, which has been in this apartment before he moved in. It has been placed in the living room besides the wall and staircase to the 1st floor.
He told me, his sister was the one who bought this Billy Bookcase years before. She and her husband had used it for a couple of years until they had another bookcase to replace for their own reason.